I’ve been haunted by this phrase for the better part of my life. I don’t remember the first time I heard it, but I do clearly remember my mom pointing to my younger sisters and warning me to be careful in every choice I made from what I did at home to what I did at school, to what I wore, to who I did or didn’t date…

“Now remember, there are 4 little girls watching your every move, the choices you make in life will directly effect them and how they live down the road.”

In retrospect, I’m pretty sure that’s not true, because as the typical parent-pleasing first born, I put my head down and tried my very best to never make a mistake. There was some safety in this, I avoided many pits that could have destroyed me, drinking, drugs, boys…but I also never really put my whole self out there, I always held a little back – my full voice caught in a vise of fear. Thanks to having a decent singing voice and early lessons, I landed the most of the lead roles in my high school dramas, but I always felt disconnected from my roles. I’m sure the directors wanted me to pull from somewhere deep, but I just couldn’t. I wanted to let my spirit fly, in music, in art, in dance or anything, but I never did, because it’s impossible to try to fly, if your goal is to never fall. Eventually I found a safety net in production – directing others to fly was so much easier and safer than doing it myself.

…and as for the example I set?…my sisters just pointed accusing fingers at me declaring that I set an impossible standard for them, and chose to do as they pleased regardless. So my choices just created a divide between us.  Sometimes I felt very alone in my big family. I must note that I did make mistakes of course, and I grew through them, but I instinctively hid my failures in shame – thus increasing the gulf of separation. AND I never really learned how to fly… In fact I’m still not 100% sure that I chose the path I really wanted, or just what I thought was the best example to set. Regardless, I was on this path and it was a lesson that I would have to keep repeating again and again…

I left home for Bible college at 19 and was recruited in my second year to join the teaching staff in the music department, instead of pursuing university like I had planned. Soon after signing the contract the Dean of Students said,

“Now remember, you have to set an example to the other students, they are watching you and will use you as a bench mark…”

And so I put my head down and tried my very best to never make a mistake…and again, I found myself feeling very alone while surrounded by my peers… trying to grow while striving to never openly make a mistake. The worst part was that I learned that even when you try to not make any big mistakes…sometimes people can’t wait to see you fail…and sometimes they will make up lies about you, to tear you down. They will still misread your choices, and misunderstand situations they see you in and judge you unfairly if they want to. Since it is impossible to live through your twenties without failing, I also stumbled along in  maturing…but again trying to hide my mistakes, the weight of them becoming an increasingly heavy burden to bear. 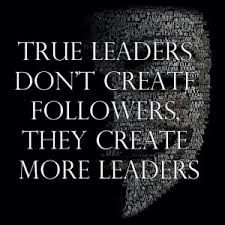 I did learn to know what a true friend looked like though, and I did learn to be the kind of friend to others that I wanted to have. I was rewarded with some amazing friends, who would carry me through the next cycle of the very same lesson…

“Now remember, the entire congregation is always watching you…”

This season became one of the longest  of my life. You see some people figured out that this was my currency, and that I could be manipulated through guilt, through people pleasing… and sometimes people used it to get me to put my head down and set a “good example”working hard, sometimes too hard, often too much, pressuring others to work with me… and it worked for several years…but you see, I was leading worship…that’s right WORSHIP… and God tends to show up and talk to you in Worship…Somewhere along the way I learned that trying not to make mistakes was not working…that I needed to try to live… to really live. Not living because people are watching, but because God was…and He was on my side. He wanted me to be true to the gift and voice within me. You can’t really lead others into worship if your most pressing motive is to not fail. True worship is like flying, it sets your heart free – because He is truth and he sets us free.  He lifts our burdens off our shoulders. In His freedom I realized that I would always fail and I would often make mistakes. Worship leading into truth would mean walking this path openly. lol – I could not resist…

When we follow Christ, we are setting an example… we show others that when we fail, when we fall – we fall INTO grace, not out of it. How much more powerful would my example have been if I’d been showing this failing and falling all along? How much better would it have been for these people watching me, to see me fail…and then rise up again?

I began to learn that setting an example didn’t have to be an impossible burden of shame, self-effort and being alone…but one of surrender, rest and genuine community.

I’m so glad I learned this before I became a mom… because being a mom is hard. It’s hard because your kids are always watching you.

Sometimes I think being a homeschooling mom is harder still, only because there’s no breaks – no school to send them away to, no job to throw yourself into… it’s just you and them, all day…and you and yourself the rest of the time.

I see my failures every day, sometimes ALL DAY.

I see them because there is no other people or activities to soften the blow. I see it in the tone of our home…in the chaos, in the hurts and in the attitudes, reactions and back talk. I see my selfishness, my failings, I hear my words reflected back at me in my own children. There is no hiding your mistakes from your children. They catch you, every time and they hold nothing back in telling you about it, every time.

There’s no hiding and no stepping back from flying either. If I want my kids to fly (and I do), then I realize more and more, that I need to show them how to fly, by flying myself, right off the mountainside and into grace. If I want my kids to worship, then I must truly worship, right along with them, at all times. If I want them to know God, than I have bring Him into each moment the good, the bad, the ugly, and live out grace humbly and openly, failures and all, knowing that they are always watching me.

Hopefully one day they won’t say that I set an impossible standard, but rather inspired them with an example that was impossible to resist following. May my steps be full of grace and their eyes be always watching indeed.

Made to be Mom

I'm a mom of 4, using trial and error to figure out this parenting gig. Motherhood is super hard, and it's super fun! My dream is to see Moms embrace their own journey.

Peaceful Parenting for a Hectic World

My Life As an Ultra Marathon Runner

a place to connect over theology, life, coffee, and God